The dynamic teamwork of AIANTA’s staff, Board of Directors, funders, partners, consultants and members is the most significant driver in pursuing and realizing our mission. Our team has significant experience working in Indian Country travel and tourism as well as expertise in economic and program development, rural planning and marketing. 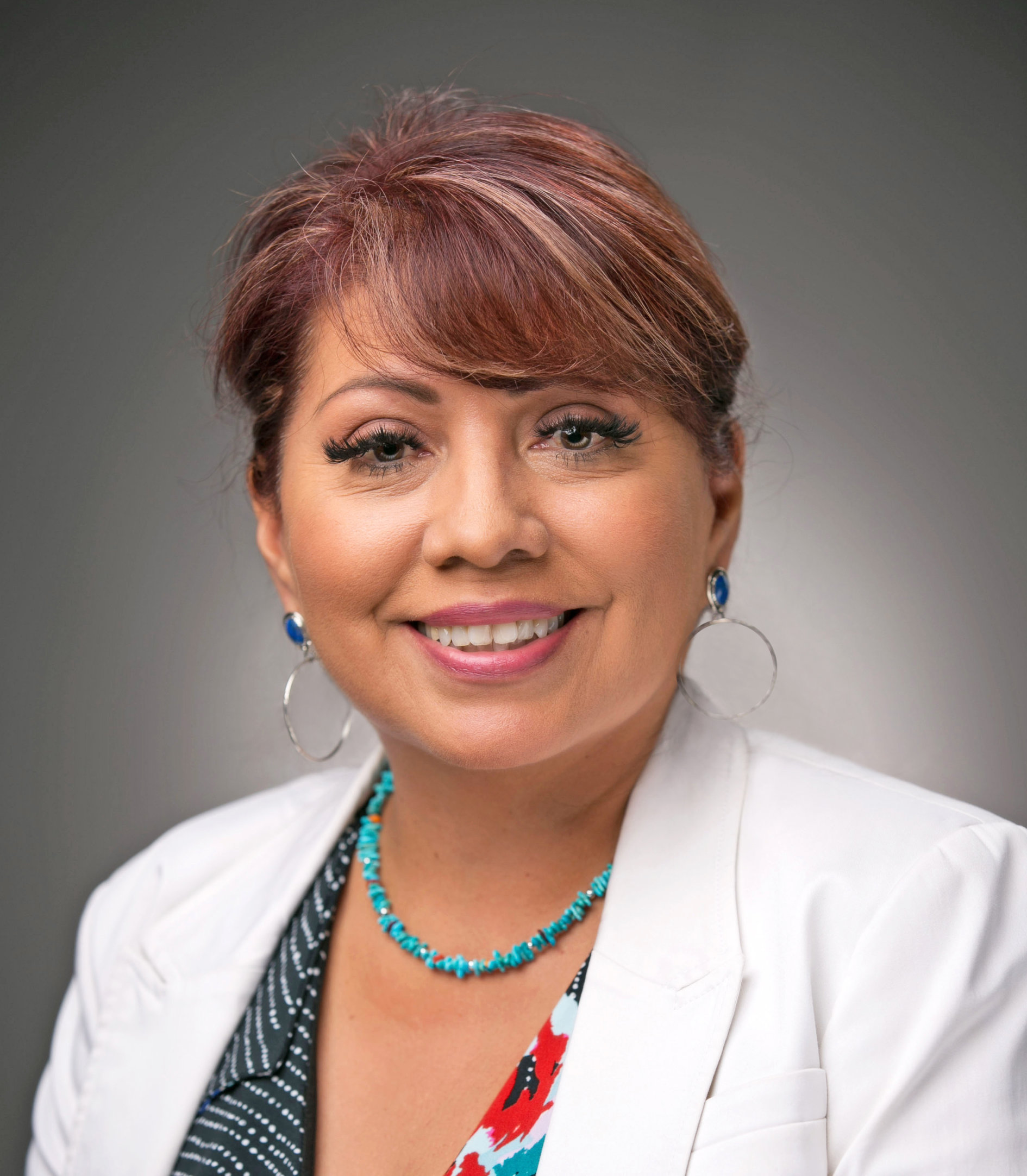 As CEO of the only national association dedicated to indigenous tourism, she is the leading voice when it comes to advocating for travel and tourism as a significant economic driver in tribal nations. She also holds leadership positions on various national boards including the Board of Directors for the U.S. Travel Association, the America250 Hospitality and Tourism Advisory Committee and the Office of National Marine Sanctuary System (ONMS) Business Advisory Council under the National Oceanic and Atmospheric Administration, Department of Commerce.

Under her leadership, she launched the Economic Impact of U.S. Indigenous Tourism Businesses, the first-ever ever study of its kind. She also curates a robust educational program for tribes and indigenous-owned hospitality enterprises around the country. Prior to assuming the role of CEO, she served as President of AIANTA’s Board of Directors since 2010. During that time, she was instrumental in working with Congress to pass the Native American Tourism and Improving Visitor Experience (NATIVE) Act.

Rupert was formerly the Executive Director of the State of Nevada Indian Commission, where she reported directly to the Governor of Nevada to serve as a liaison to the state’s 27 tribes, bands and colonies. During her tenure, she developed the Nevada Indian Territory initiative and won awards and accolades for her work in preserving the site of the Stewart Indian School as a museum and cultural center. 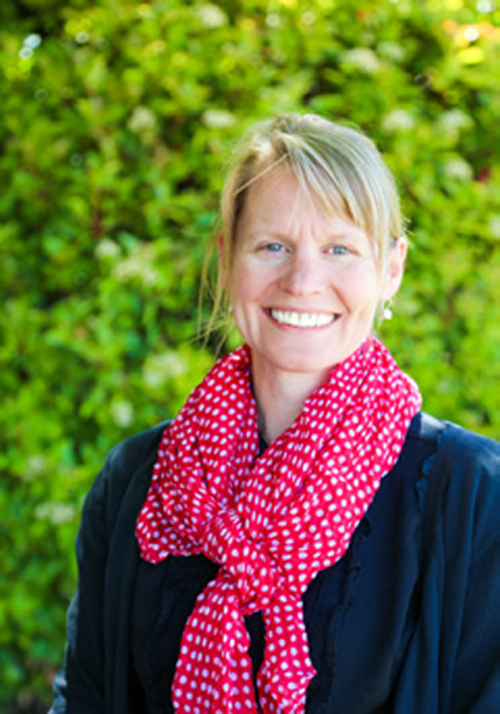 Hannah Peterson is the Program Development Director for AIANTA, bringing to the role extensive experience in fundraising and program development. In her role as Program Development Director, Hannah works to advance the mission of AIANTA through strategic fundraising and program development. Hannah spent more than five years with J Murphy & Associates working as a consultant and grant writer and two years as grants manager for Urban Homeworks, Inc. For more than nine years, she worked as a paralegal working on business litigation, intellectual properties, worker’s compensation and insurance. She was raised in Anchorage, Alaska, and received a degree in English from the University of Washington, Seattle and a Master of Public Administration from Hamline University, Minnesota. 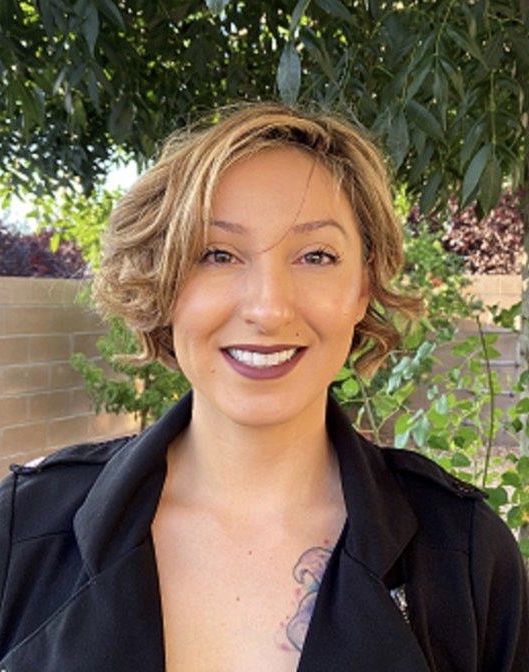 Ariel Richardson, a tribal member of the Walker River Paiute Tribe from Schurz, Nevada, is AIANTA’s Office Manager. With a goal of assisting tribal members to opening Native-owned businesses in order to stimulate self-sustainability and economic development on the reservation, Ariel is especially excited to work for a non-profit agency with similar goals. Ariel’s creative background includes art direction, photography and videography and she has a degree in Applied Science for Natural Resources Management and has also studied Business Administration and Accounting. 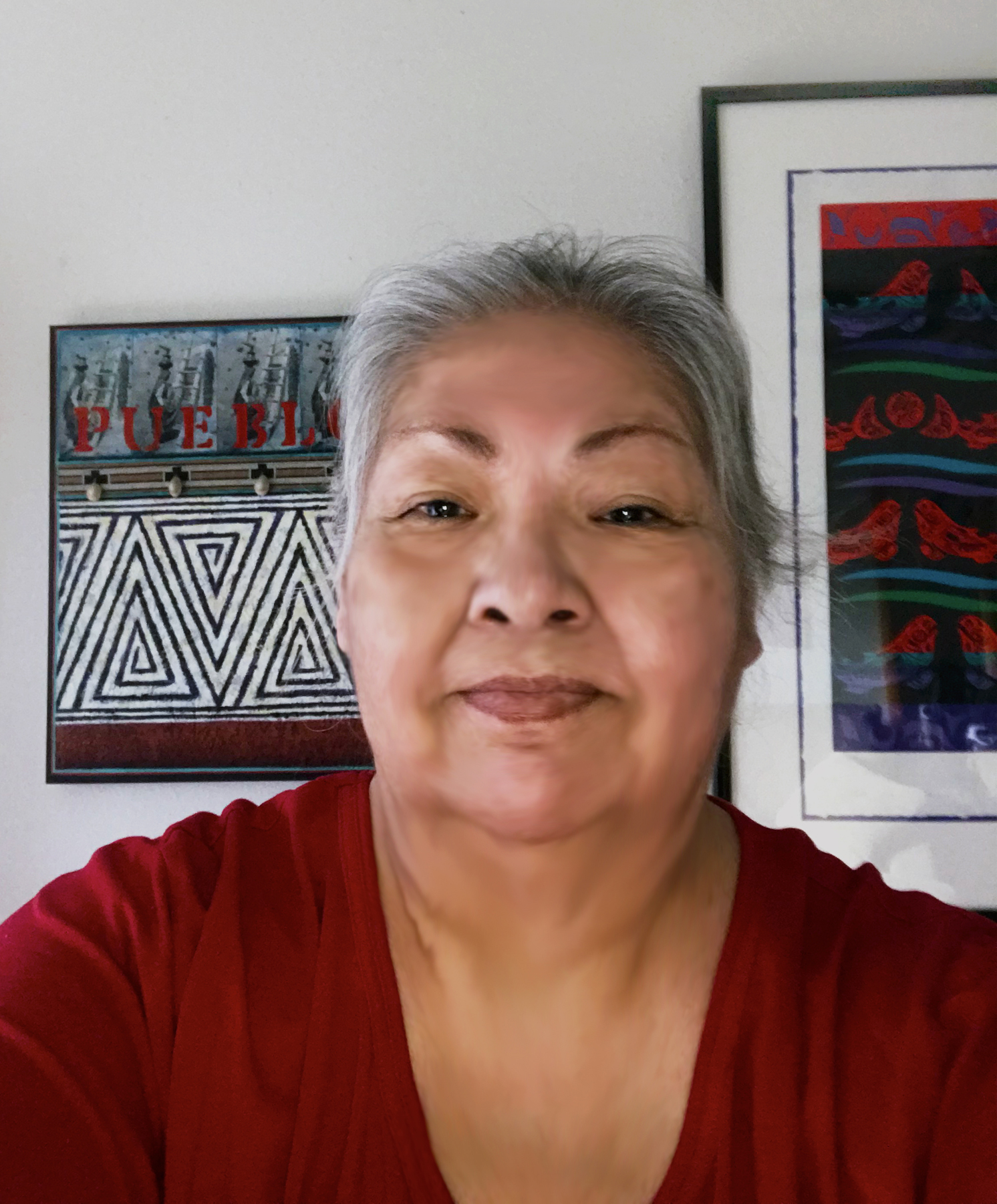 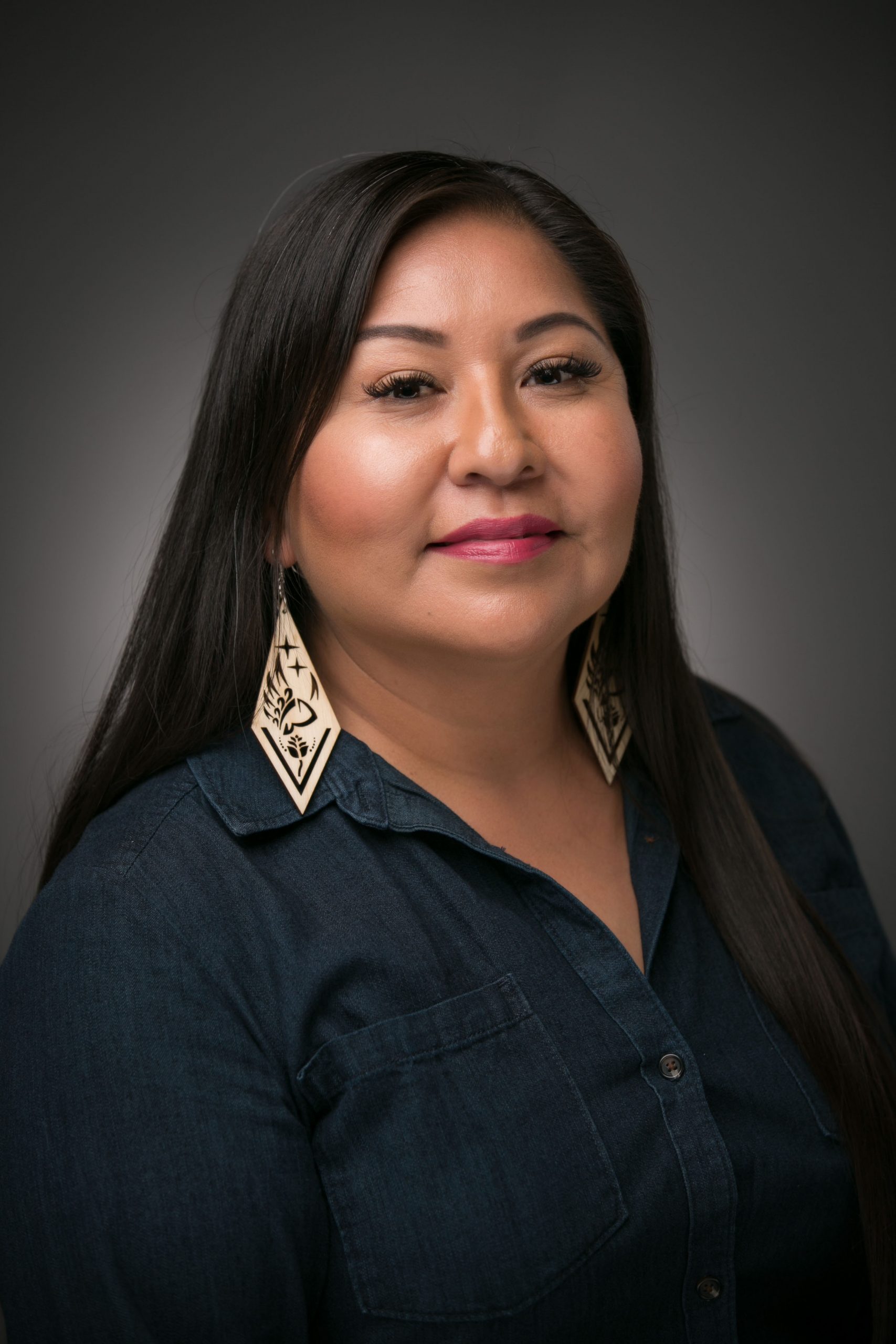 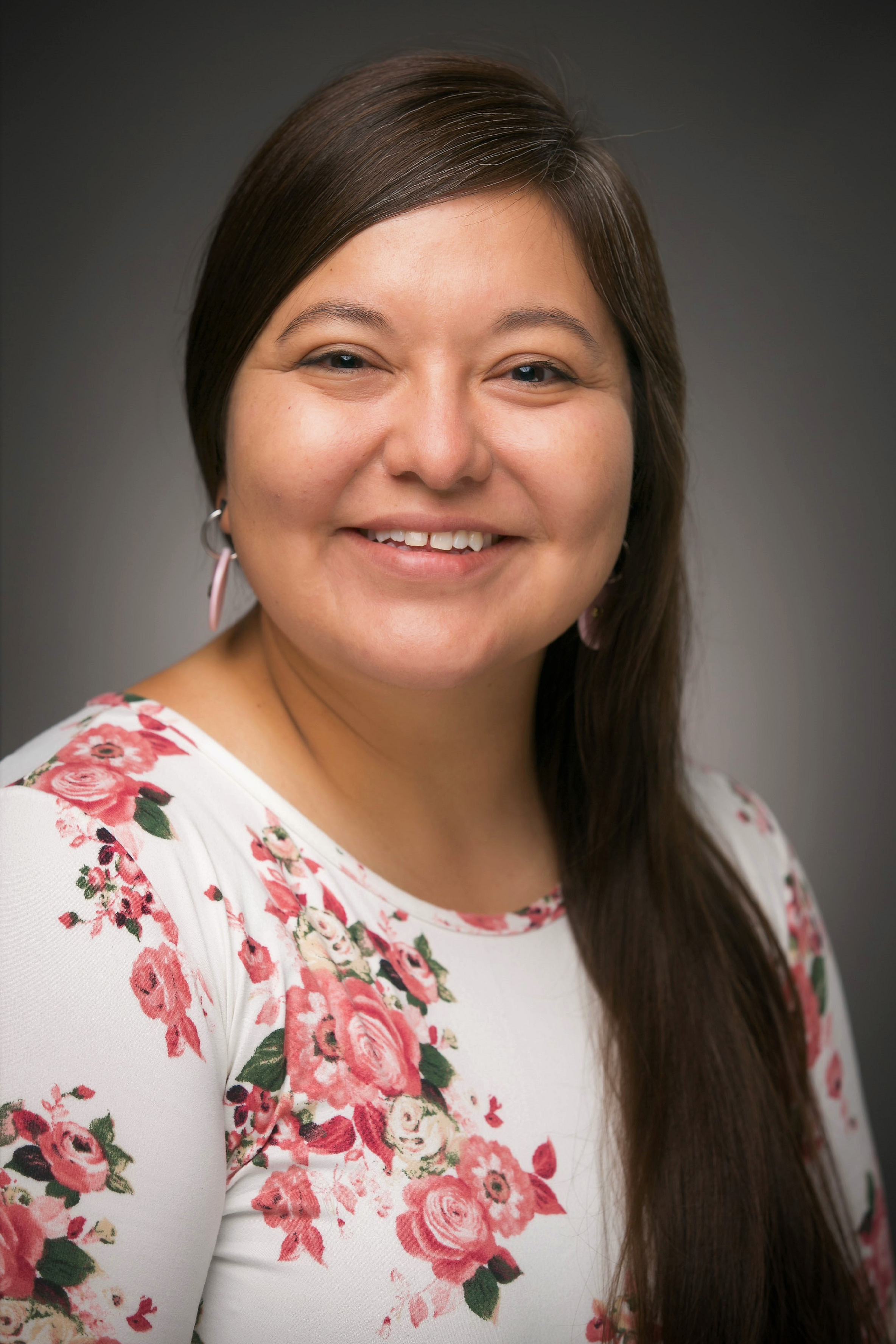 Sapooq’is Wíit’as (Nimiipuu)/ Ciarra Greene (Nez Perce) is the Visitor Outreach Manager for AIANTA. With her Master of Science in Science Teaching from Portland State University (2019) and Bachelor of Science in Chemistry from Northern Arizona University, her focus has been on promoting the protection and healing of Indigenous communities and homelands through culture, education, and science. Her experience in tourism has rapidly developed in the past three years, while her fifteen years of experience in outreach and education, founded in interdisciplinary collaboration with tribal communities, institutions, agencies, organizations, and businesses, have propelled her career. She views our role in tourism truly as an educational experience for tribal communities and our visiting guests alike. Ciarra strives to perpetuate her passion so others too may attain successful operations for their own communities, businesses, and honored guests who we welcome to tribal homelands. 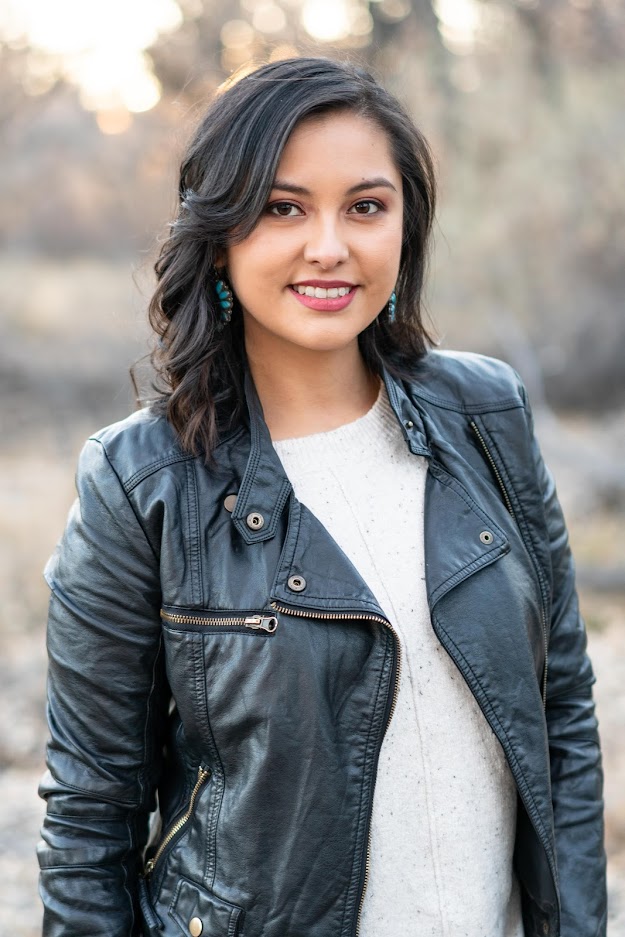 McKaela Arviso (Navajo Nation) is the Content and Social Media Coordinator for AIANTA. Her mission is to create meaningful content that promotes tribes and tribal businesses throughout the United States. She has nearly ten years of experience as a graphic designer and a Bachelors of Science in Digital Media and Design from Colorado Technical University. McKaela has worked with multiple non-profit organizations including AIANTA, Indian Pueblo Cultural Center, and Diné Advocacy Alliance. To her, each project is an opportunity to learn. 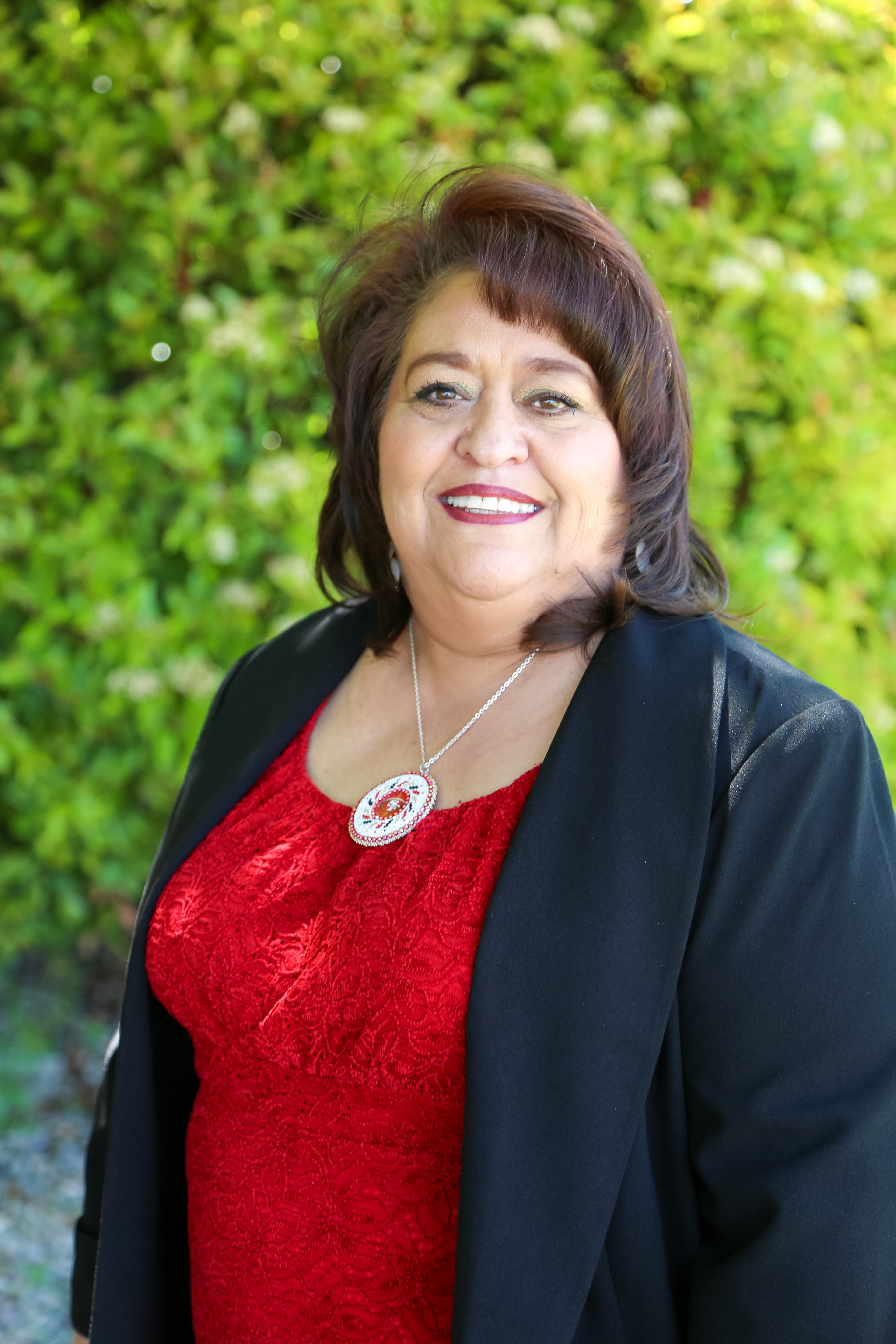 A tribal member from the Pueblo of Laguna, New Mexico, Sherrie comes to AIANTA with more than 30 years of experience in hospitality, tourism and meeting and event planning. Sherrie has an associate of applied science degree in hospitality & tourism, an associate degree in liberal arts. She has also earned her Professional Certificate in Cultural Heritage Tourism from the George Washington University School of Business. Sherrie is a proud mother of three children, Helen, Ryan and Jontel and is “Nana” to her four grandchildren, Dakota, Daisha, DeAndre and Cassius. 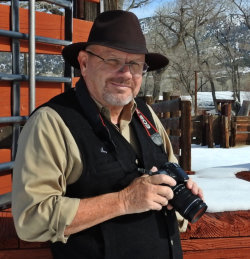 He has been certified by the Nevada Arts Council to teach photography and has been teaching workshops throughout the state for the last several years specializing in outreach and increasing opportunities for small rural communities. 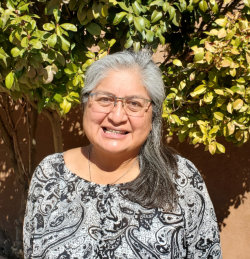 Jolene Catron (Navajo Nation) is the project coordinator for AIANTA’s National Park Service partner program. She recently served as the lead field manager for the 2020 Census and was part of a management team that oversaw the decennial count for northern New Mexico’s 17 counties and 21 tribal nations, with more than 2,000 employees across four operations, during the Covid pandemic. Jolene has served as a policy analyst, administrative specialist, environmental justice advisor and executive manager, always as an advocate for Tribal nations. Jolene, a veteran of the United States Marine Corps, is a citizen of the Navajo Nation with family ties to the Pueblos of Zuni and Laguna. She is a proud grandmother of one, mother of three, sister, aunt and daughter. 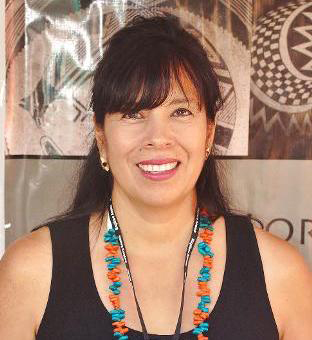 Lorraine is the Outreach/Research Specialist for AIANTA’s Lewis and Clark National Historic Trail project. Lorraine is a member of Laguna/Taos/Hopi. She is a graduate of the Institute of American Indian Arts and the College of Santa Fe.

“Supporting Indigenous Arts and Culture is my livelihood. I’ve been working with clay since high school and have established a professional art career over the years.” An award-winning artist and a 2021 recipient of the First People’s Fund’s Jennifer Easton Award, Lorraine has worked extensively with local and national museums, collections, foundations, and art programs. She has volunteered for many art organizations and enjoys working with and mentoring the youth. Her professional experience includes economic development having worked for the U.S. Small Business Administration, tribal government, and native organizations. Higher education has been a vital part of her life. Having worked for the Santa Fe Indian School, she saw the value and impact of a strong foundation for the future of young native students. She currently serves on the Institute of American Indian Arts Foundation Board and is active with student Scholarship Fundraising efforts as well as higher education. 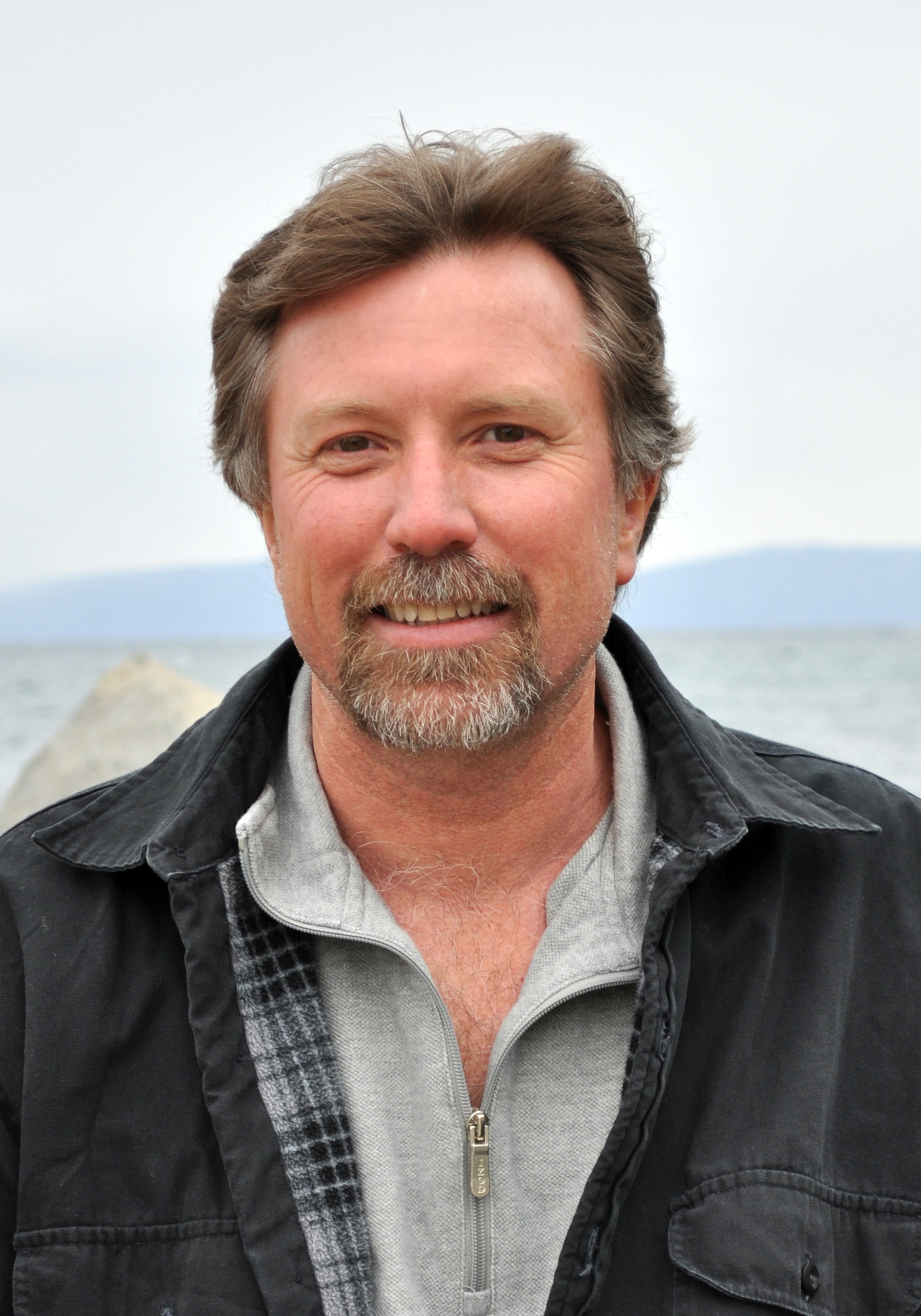 Bruce, AIANTA’s Tribal Content Developer, is an award-winning author, charged with scoping out exciting tribal tourism opportunities throughout the United States. His published works and biography can be found at BruceRettig.com. As a founding member of Tahoe Writers Works, he served ten years as publisher of their literary journal, EDGE.

Bruce served as president of Charter Advertising/Design, Inc. for more than thirty-two years. During that time, his duties included copy writing for brochures, magazine ads and websites. Most of his projects featured his photography. With a degree in Fine Arts from the University of Colorado, and an emphasis in photography, he has captured strong images for his clients. He has worked with the Duck Valley Shoshone Paiute Tribe, Pyramid Lake Paiute Tribe, Ely Shoshone Tribe, Washoe Tribe of California & Nevada, Stewart Indian School, the Nevada Indian Commission and Nevada’s Indian Territory. 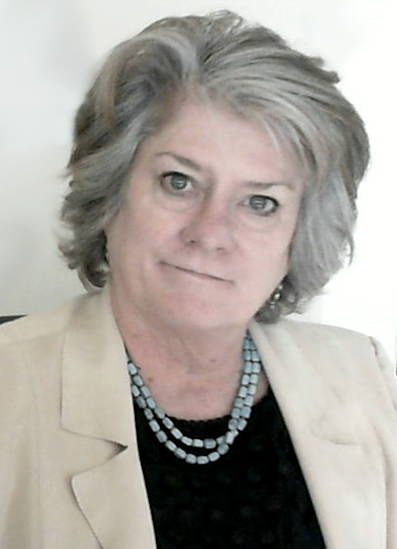 Kelli Hepler is a Colorado-based agritourism developer and marketing consultant. She has worked in tourism for 35 years running her own business promoting and developing tourism products for clients and organizations. Kelli has been an active part of agritourism development for 20 years creating award winning programs and working to create clearer paths for agritourism business. Kelli has been working with farmers and ranchers to create agritourism programs that connect their guest to the land and the food they produce. Educational tours, farm-to-table dinners, special events and product development are part of her focus. 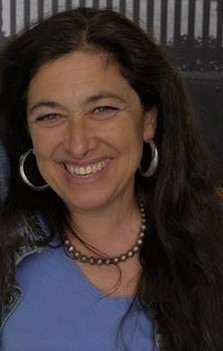 Melanie LaBorwit comes to AIANTA with over 30 years of experience working with museums and developing public sector programs celebrating regional traditional heritage and culture. She will be working to grow partnerships with Native American artists and regional museums, galleries and cultural centers to raise visibility and access for cultural tribal resources. She will work to empower Native American artists and develop their markets and elevate awareness of the role that Native arts play in regional economic development as a vibrant part of the present and future of tribal communities.

LaBorwit graduated from Georgetown University with a double major in History and Fine Arts and continued her graduate work at Indiana University’s Folklore Institute. She has worked closely with the Native American community over the years working in a crosscultural education project on the Navajo reservation in Arizona, as State Folk Art and Folklife Coordinator in South Dakota, and most recently, as Museum Educator with the New Mexico History Museum. 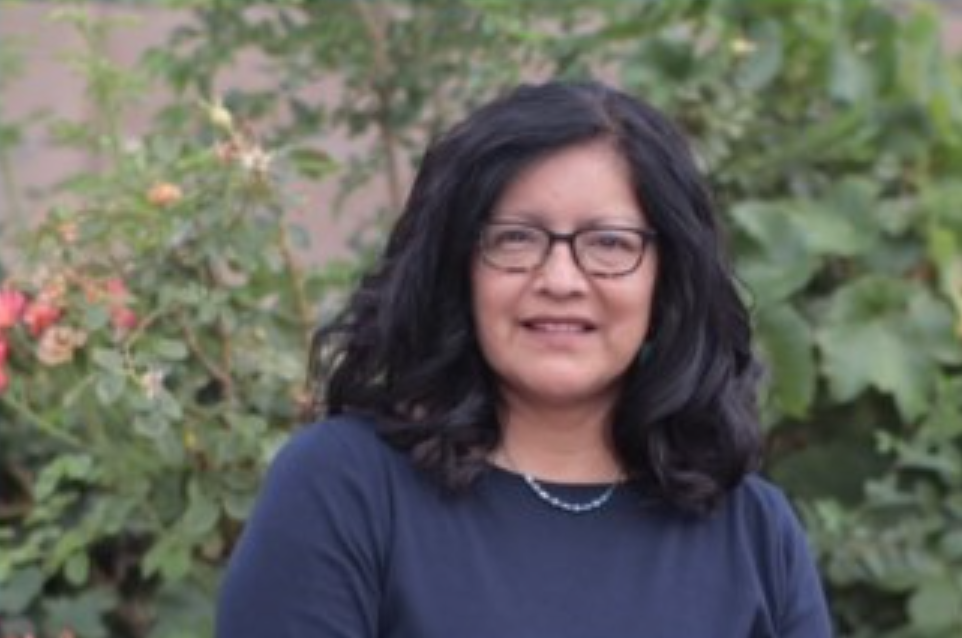 Rebecca Apodaca is the Information Specialist at AIANTA.  Detailed and organized, Rebecca researches and works to ensure that AIANTA’s databases are accurate and up-to-date.  Rebecca was born and raised in the Pueblo of Zuni.  She received her degree in School Health Education from the University of New Mexico.  She worked for 25 years teaching middle school with the Albuquerque Public Schools where she worked with students and parents. The last few years included online teaching which included assisting other teachers on how to use the new technology.  She resides in Albuquerque with her husband, two adult children, and her pets.