AIANTA’s Leadership: Working Around the Nation for Indian Country Tourism

AIANTA’s Leadership: Working Around the Nation for Indian Country Tourism

In September of 2016, the Native American Tourism and Improving Visitor Experience (NATIVE) Act was signed into law, requiring  numerous federal departments and agencies to include Indian tribes, tribal organizations, and Native Hawaiian organizations in their management plans and tourism initiatives. This means big things for Indian Country in the multi-billion dollar tourism industry. Great progress has been made in federal agency and tribal tourism collaboration.  AIANTA is working hard in all sectors of the industry to ensure that funding is provided to move forward with the implementation of the act in FY2018. 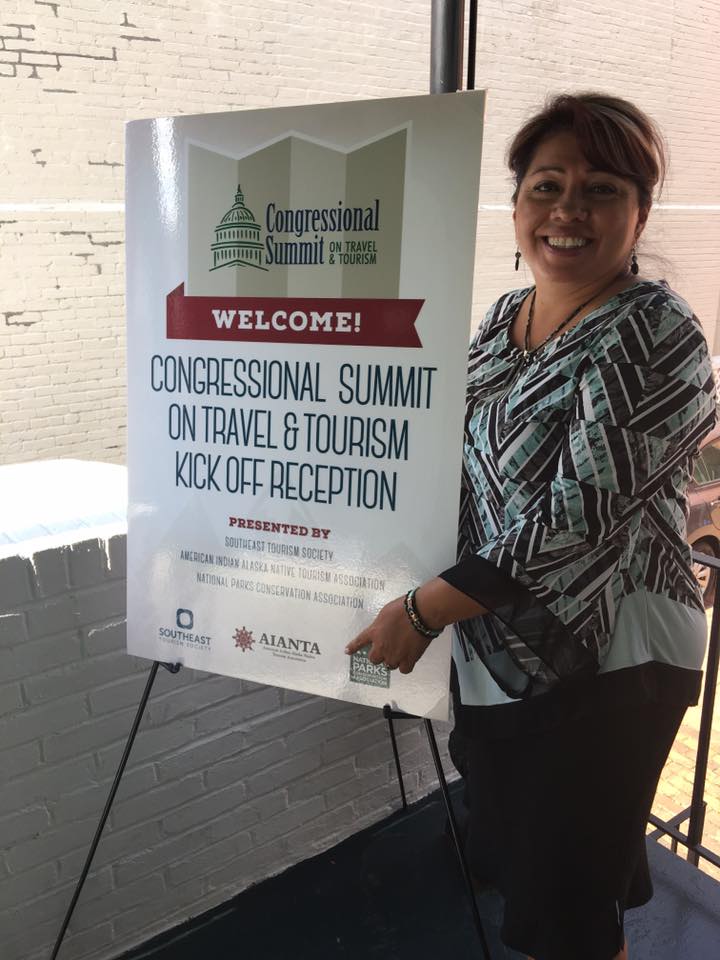 We’ve put together a recap of the activities our leadership has been engaged in, working toward these goals this spring/summer.

Testifying on Behalf of AIANTA Before the Interior, Environment, and Related Agencies Appropriations Subcommittee in Washington DC

In May, AIANTA Executive Director Camille Ferguson testified on behalf of AIANTA before the Interior, Environment, and Related Agencies Appropriations Subcommittee in Washington. In her testimony, Ms. Ferguson requested Department of the Interior funds in FY2018 to kick start the implementation of the NATIVE Act signed in October 2016.

“Currently, tourism is among the foremost opportunities for economic development in Indian Country. In rural and remote communities, it is one of the only viable opportunities for household income growth,” said Ms. Ferguson during her testimony.

Speaking to the members of the Subcommittee, many of whom co-sponsored the Act in its early stages, Ms. Ferguson continued, “You designed the NATIVE Act to bring federal resources to bear on the Nation’s economic goals in tourism, including tribal tourism. We have designed AIANTA to help facilitate tribal and federal agency collaboration, organize tribal resources and build capacity to attract and satisfy travelers to Indian Country destinations. So together we are prepared and ready to accelerate economic progress in Indian Country, and so are tribes.”

Without Transportation, there is no Tourism

AIANTA Executive Director Camille Ferguson presented tourism trends to the Inter-tribal Transportation Association (ITA) in Marysville, Washington.  The association’s mission is to help Tribal Elected Leadership address tribal transportation concerns, issues, needs, programs, and policies to assist tribes and tribal communities in the evolution of their transportation systems and programs. With increased international visitation to Native American communities comes new challenges for the transportation infrastructure needs for Indian Country. However, these challenges also present great opportunity for economic development – opportunity to capitalize on the multibillion-dollar tourism industry.  Without adequate roads and transportation, rural communities will miss these opportunities.  Collectively, ITA and AIANTA will work toward organizations’ mutual interests, currently formalizing a partnership through an MOU to be signed this fall.

Bringing the National Conversation to NATOW

Two representatives of the AIANTA Board of Directors – Rachel Moreno (Alaska Region) and Crystal Holtz (Midwest Region) attended the recent NATOW conference, bringing the topic of the national tourism industry to Wisconsin. During the conference, Ms. Moreno spoke to attendees on the importance of tribal tourism in the national industry and the urgency of implementation of the NATIVE Act. Both Ms. Holtz and Ms. Moreno were thrilled to meet so many tourism professionals in the Midwest region, and encouraged attendees to continue the conversation by attending the 2017 American Indian Tourism Conference, to be held in Green Bay, Wisconsin September 11-14. (Register at www.AITC2017.com)

Securing a Resolution of Support at NCAI’s Mid-Year Conference

AIANTA Executive Director Camille Ferguson and AIANTA Administrative Manager Sherrie L. Bowman attended the NCAI mid-year conference in Connecticut this month, where Ms. Ferguson secured a resolution of support on behalf of the organization in support of implementation of the NATIVE Act. This official support brings Indian Country one step closer to seeing and reaping the benefits of the tourism bill.

This month, AIANTA attended and sponsored the Southeast Tourism Society’s annual Congressional Summit on Travel and Tourism, where tourism leaders from across the country meet in Washington, D.C. to reinforce to Congress the strength and importance of the travel and tourism industry. AIANTA President Sherry L. Rupert and AIANTA Executive Director Camille Ferguson attended the event, addressed the attendees on the importance of Indian Country tourism, and had the opportunity to meet with congressional delegates from across the nation to advocate for the advancement of tourism in Native America and rural communities.

The event brought to light the significant contribution the travel and tourism industry makes to national and local communities through discussions about the NATIVE (Native American Tourism and Improving Visitors Experience) Act, and many other initiatives.  Recognition was given to STS for their continual support of Indian Country and the NATIVE Act. The NATIVE Act is legislation to improve tribal tourism capacity by requiring federal agencies with tourism authorities to work with a national tribal tourism nonprofit to create collaborations like the one AIANTA has with Bureau of Indian Affairs (BIA).

AIANTA Executive Director Camille Ferguson provided information on the Indian Country Tourism at the United South and East Tribes’ (USET) Semi Annual Meeting in Nashville, Tennessee. The meeting helped to build a stronger relationship between the two organizations, building national tribal unity. In our newly formed partnership, we hope to collaborate on programs and legislative initiatives together grow tribal tourism.

AIANTA Executive Director Camille Ferguson attended this month’s Partners Outdoors event in Washington DC, where she teamed up with Brand USA to give the presentation: “Looking at the Future: Managing and Marketing Places.” At this event, Ms. Ferguson brought Indian Country to the forefront of the national discussion, and continued to build our valuable partnerships with federal agencies and industry leaders from around the country. 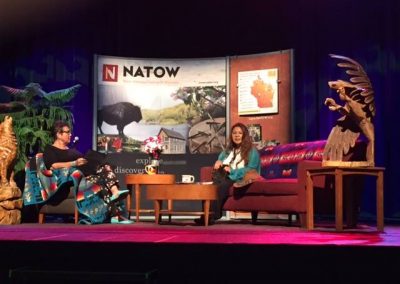 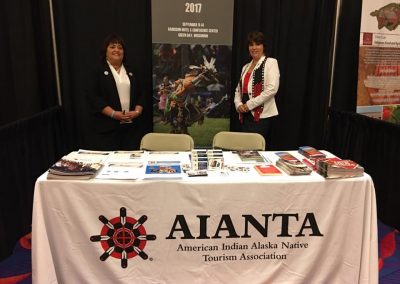 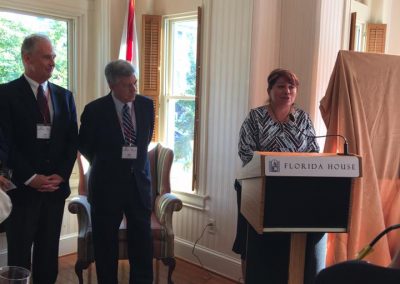 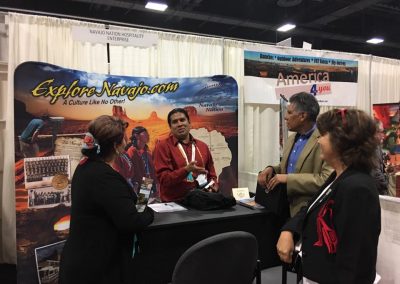