A strategic approach to destination marketing includes bringing together partners under one collaborative umbrella to ensure a wider reach for all stakeholders. How can a tribe work collectively to promote tourism within their state or region? Join Suzette Brewer, Executive Director of Native American Tourism of Wisconsin (NATOW), Jason Morsette of the Mandan Hidatsa Arikara (MHA) Nation and Charlene Virgilio, of Four Directions Development Corporation (in partnership with the Maine Department of Economic Development) as they share the benefits of developing a regional marketing program. 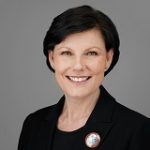 Suzette Brewer is the Executive Director for Native American Tourism of Wisconsin. She has served as the communications director for the American Indian College Fund, the National Museum of the American Indian, and the National Indian Gaming Association. In these capacities, she developed ad campaigns, marketing and branding strategies, as well as crisis communications and media relations. 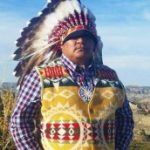 Charlene (Penobscot Nation) currently serves as the Director of Operations for Four Directions Development Corporation (FDDC), a Native CDFI located in in Orono, Maine. She spent 37 years with International Business Machines (IBM) after attending Southern Connecticut State University, where she studied Economics. She participated in IBM’s Native American programs: S.T.E.M for Native children and Native American employees’ leadership capabilities. Pursuing her passion for growth and success of her Tribe, she ran for Tribal council and served for two terms. While on council, she successfully passed several tribal laws, helped develop their Comprehensive Economic Development Strategy and served as the Chair of the Penobscot Economic Committee. She currently serves as the co-chairperson on the United South and Eastern Tribes Economic and Entrepreneur Committee. Charlene joined FDDC in 2019 as its first Community Development Program Manager and now serves as the Director of Operations. 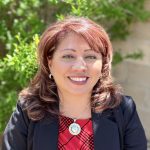 As CEO of the only national association dedicated to indigenous tourism, she is the leading voice when it comes to advocating for travel and tourism as a significant economic driver in tribal nations. Among her responsibilities, she curates a robust educational program for tribes and indigenous-owned hospitality enterprises around the country. Prior to assuming the role of CEO, she was President of AIANTA’s Board of Directors since 2010. During that time, she was instrumental in working with Congress to pass the Native American Tourism and Improving Visitor Experience (NATIVE) Act.

Rupert was formerly the Executive Director of the State of Nevada Indian Commission, where she reported directly to the Governor of Nevada to serve as a liaison to the state’s 27 tribes, bands and colonies. During her tenure, she developed the Nevada Indian Territory initiative and won awards and accolades for her work in preserving the site of the Stewart Indian School as a museum and cultural center.