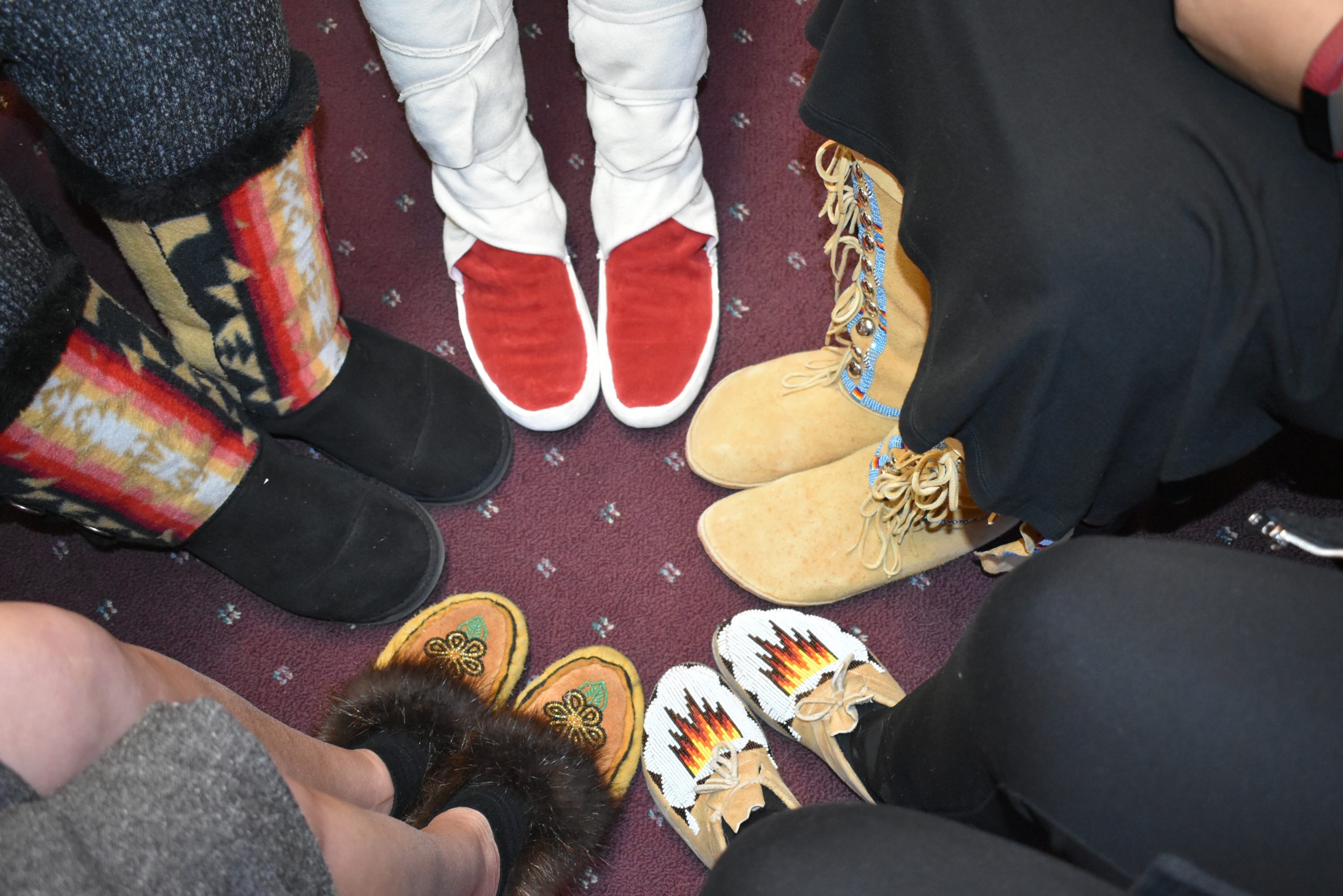 One of earliest recorded attempts to create a day of recognition for the contributions of “First Americans” dates back to 1912, when Dr. Arthur Caswell Parker (Seneca Nation), who founded several Indian rights organizations, persuaded the Boy Scouts of America to recognize “First Americans” Day, which they did for three years.

Three years later, Red Fox James (Blackfeet), rode his horse around the country to ultimately secure endorsements from 24 state governments in favor of a day honoring American Indians. Although he presented the resolutions to the White House on Dec. 14, 1915, the Library of Congress reports that there is no record of such a day ever being proclaimed.

The following year, New York became the first state to recognize American Indian Day (also on the second Saturday in May).

For more on the history of Native American Heritage Month, visit the Library of Congress archive to see a record of official bills and presidential proclamations

Below, find a partial list of just some of the ways to commemorate Native American Heritage Month this year.

Find Travel Inspiration
If you’re looking to #DiscoverNativeAmerica, head over to NativeAmerica.travel to find ideas and inspiration on tribal tourism experiences.

Looking for more travel inspiration? Check out these articles.

Explore the creation of an album that fuses the songs and stories of Native American tribes with modern Western music. Spirit Song follows the group of people who created “Voices of the Guardians” and celebrates Native American music in its many forms. Conceived and created by Gareth Laffely and Lance Bendiksen, “Voices of the Guardians” is a powerful rendition of the universal language of music.

In honor of National Bison Day on November 6 and National Native American Heritage Month, Tanka Fund is dedicating an entire month of online activity to help support the return of the Buffalo to the lives, land, and economy of Indigenous peoples. 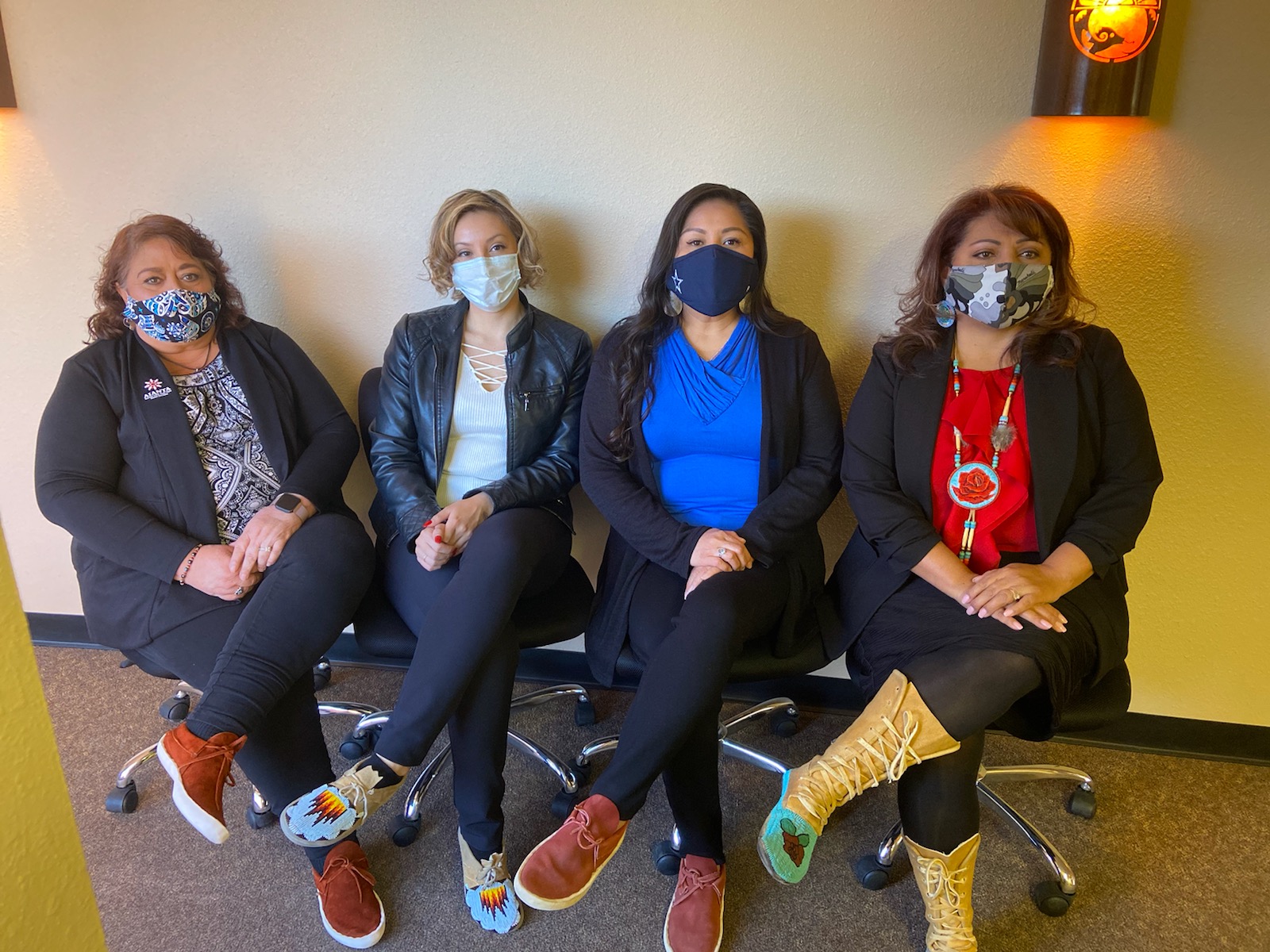 Rock Your Mocs
First established in 2011, the worldwide Rock Your Mocs events calls for American Indians and Alaska Natives to wear their moccasins to honor Native American Heritage Month. Initially commemorated on November 15, Rock Your Mocs has since become a weeklong celebration. Watch the tag #RockYourMocs on Instagram, Twitter and Facebook to see how people celebrate across the country.

Need moccasins? Here are a few places to shop

Start Your Holiday Shopping
If you’re looking to get a jump on your holiday shopping, visit AIANTA’s Shop Native page for a list of hand-crafted, Indigenous-made products available from tribal museums and cultural centers around the country.

Festivals, Events and Other Heritage & Culture

Choctaw Nation
The Choctaw Cultural Center is hosting family-friendly activities like traditional games, bead making, Choctaw films and more during the month of November. In addition to Choctaw activities, the Champuli Café located inside the Cultural Center will be serving weekly specials such as bison meatloaf, venison stew and duck breast. To view the full schedule of events, visit www.choctawculturalcenter.com/native-november.

Native Rhythms Festival
November 12-14, 2021
The Indian River Flute Circle and Native Heritage Gathering, Inc. present the annual Native Rhythms Festival. The two-day event in Melbourne, Florida, which transitions to an all virtual platform this year, honors the culture of the indigenous peoples of the Americas through music, with an emphasis on the music of the Native American Flute visit, nativerhythmsfestival.com.

Native American Heritage Month at Ohio State University
Every year, the Student Life Multicultural Center at Ohio State University features programming that celebrates and commemorates Native American Heritage Month. This year’s events include a discussion on The Removal of Confederate Monuments and Columbus Statues, as well as the Importance of Acknowledging Land and Tribal Sovereignty, visit mcc.osu.edu.

Need something to read during Native American Heritage Month?

Work your way through this reading list by First Nations Development Institute and this list of Native American Heritage Month Books for Teens at the Chicago Public Library.

Watch a Movie or TV Show or See a Play

Native Cinema Showcase
November 12-18, 2021; online
The National Museum of the American Indian is offering a free, online Native Cinema Showcase, a celebration of the best in Native film. The line up includes new films, fan favorite classics and conversations with filmmakers. No registration is required, and the films will be available for view worldwide, on demand, except as noted in the schedule. www.americanindian.si.edu/ncs. 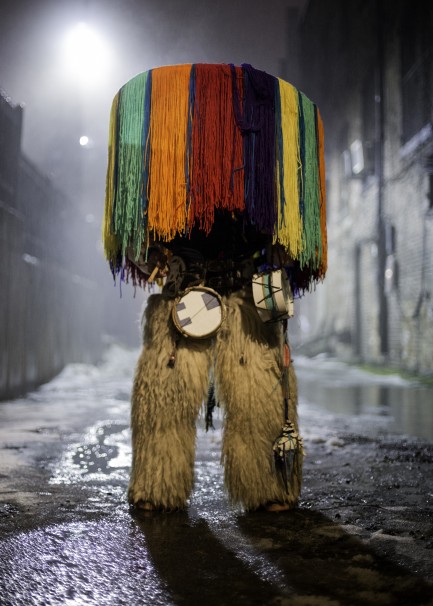 Walking on Indigenous Lands
Challenge the way you see history, by viewing the tribal nations and languages that once populated the area in which you live or work.

Journalists, bloggers and other media professionals may use this list for their own editorial content about Native American Heritage Month but are encouraged to credit the American Indian Alaska Native Tourism Association, AIANTA, www.aianta.org or NativeAmerica.travel when doing so.