In partnership with the Juan Bautista de Anza National Historic Trail, please join AIANTA as we learn from Native chefs, Vincent Medina (Chochenyo Ohlone), and Louis Trevino (Rumsen Ohlone), who co-own the mak-‘amham/Café Ohlone in the San Francisco and Monterey Bay area. mak-‘amham (mahk-am-haam) means “our food” in the Chochenyo Ohlone language. Vincent and Louis will discuss Ohlone culture, past and present, their menu of Ohlone-inspired foods, and how the COVID-19 pandemic has affected their place of business, as well as their post COVID-19 plans.

You will also hear how they have explored food sovereignty and how they have worked to create beautiful cuisine. Through their efforts, they dispel negative stereotypes by actively demonstrating the vibrancy and beauty of Ohlone culture, and especially the deep and living connections they have to their homelands as they celebrate the original culture and cuisine of their beautiful, ancient place.

Learn how Vincent and Louis have worked hard to understand Native plants of their Ohlone homelands along with their traditional uses, and how they have listened attentively to testimony from their elders’ recollections of old Indian foods they remember. “When we are empowered with food, language and culture all while our bodies are strengthened from traditions that make us full, we can achieve a whole lot. 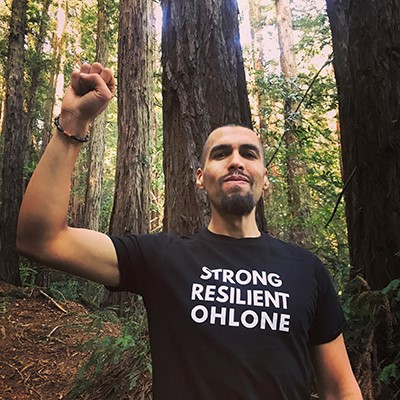 Vincent Medina is East Bay Ohlone and is the captain of ‘Itmay Cultural Association—an association of Verona Band culture bearers. Vincent was born and lives in his family’s indigenous tribal area of Halkin (Southern Oakland/San Leandro/San Lorenzo/Hayward). Vincent and Louis Trevino (Rumsen Ohlone) co-founded mak-‘amham, an organization and restaurant focused on reviving and strengthening traditional Ohlone foods and sharing them back with their communities.
photo of Louis Trevino 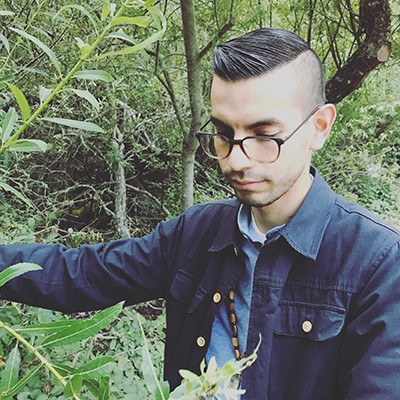 Louis Trevino is a leader in the Rumsen Ohlone community. He is focused primarily on the revitalization of the Rumsen language and traditional Ohlone foods. He longs for a full and holistic renaissance of the lifeways of his ancestors, including language, story, song, art, food, and every other aspect of traditional Rumsen Ohlone culture, and he is grateful to contribute to the effort. With his partner, Vincent, Louis co-founded mak-‘amham, which works to promote traditional Ohlone foods within their families, as well as to educate the public about Ohlone cuisine and identity.