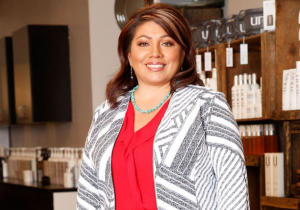 As I finish my first month as Executive Director of AIANTA, it would be an understatement to say it’s been a busy start. My staff has had me on a whirlwind schedule filled with activities, conferences and one-on-one appointments.

Although I’ve been a board member of AIANTA for more than 10 years and have participated in numerous meetings with tribal leaders, federal partners and other Indian Country stakeholders on tourism, it is incredibly fulfilling to now do so as the association’s Executive Director.

Throughout all my meetings, there’s been one theme that has particularly stood out—the importance of collecting data in Indian Country.

Data isn’t news to me. During my 30 years with the State of Nevada and my 10 years serving on the AIANTA Board of Directors, data collection for Indian Country and tribal tourism has become an increasingly hot topic.

The historically undercounted populations of Native Americans, Alaska Natives and Native Hawaiians is a critical issue, including in tourism, as this data often serves as the basis for how billions of dollars in federal funds are distributed.

We’ve seen, according to Census data, that the growth in Native American-owned hospitality and tourism businesses over the past decade has far outpaced the overall growth in all Native American-owned businesses. But, to fully demonstrate the economic importance of tourism to federal and regional representatives, we must find a way to measure ourselves by similar standards.

This is why I’m so thrilled to have taken over the reins at AIANTA. As the only association solely dedicated to educating tribes about the importance of tourism, there are so many ways we can provide technical assistance and training to assist tribes in growing their economies. One of our best educational outlets will be our 21st Annual American Indian Tourism Conference, September 16-19, 2019, in Tulsa, Oklahoma, hosted by Cherokee Nation.

From developing an all-new four-hour “Business of Art” workshop for artisans, to hosting 27 informative breakout sessions, there are so many ways for tribes to network, gain valuable information and share their own best practices.

This year’s registrations have already outpaced those of last year at this time, and we’re expecting a record audience. What’s more, we have several very exciting Keynote Speakers scheduled. More about that in the next newsletter!

What else has kept AIANTA so busy during my first month? Take a look below:

Recreation Economy Webinar
On Thursday, May 16, (my fourth day with AIANTA!), I moderated a webinar entitled “Resources for the Recreation Economy,” which was presented in partnership with the US Department of Agriculture (USDA), US Forest Service (USFS) and USDA Rural Development. We had more than 100 registrants, and webinar participants led a robust Q&A session, so be sure to check it out here.

To date, our annual fam trips have visited the Southwest region, the Pacific Northwest and the Midwest. AIANTA will continue the partnership with Brand USA to ensure the Italian market is exposed to the diversity of culture and tourism opportunities across Indian Country throughout the United States.

NATOW Conference
Following the post-IPW fam trip, AIANTA also had the pleasure of extending the contacts made in Wisconsin by attending the annual NATOW Conference at Bad River Lodge & Casino. At the conference, AIANTA presented a workshop on Building and Pricing an Itinerary, and Luisa Salomoni, the Commercial Service representative from Milan, had a chance to educate conference attendees about the importance of the Italian market.

Washington D.C. Meetings
At the end of the month, I spent time in Washington D.C. accompanied by Board President Emerson Vallo. Visits to the Hill and with federal partners were an important first step in introducing our new AIANTA leadership team.

It was also a great time to ensure implementation of the NATIVE Act continues to move forward as Congress intended and in a way that is most beneficial to the nation’s tribes and Native Hawaiian organizations.

We will continue to be front and center and at the table in any discussions on tourism and how it may affect the country’s tribes.

This first month has been quite a ride, but there’s so much more to come. Stay tuned to our monthly newsletters to keep abreast of what AIANTA is working on.

In the meantime, I am looking forward to seeing you all at the AITC conference in September. Drop me a line and let me know if you’ll be there!