Poling, who brings more than two decades travel industry experience, is charged with extending the voice of Tribal Tourism in the United States. 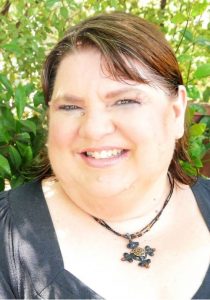 “We are excited to welcome Monica to the team at AIANTA, where she will be responsible for amplifying our global reach,” said Camille Ferguson, Executive Director. “As a seasoned travel industry expert, she will play a big part in advancing tribal tourism.”

Poling, who has a lengthy track record in tourism promotion and media relations, is tasked with managing the organization’s social media and public relations efforts in domestic and international markets. She will also conduct outreach efforts to ensure tribal tourism leaders maximize their outreach through AIANTA resources.

Prior to AIANTA, Poling ran her own marketing firm where she consulted with a variety of hospitality companies to help them extend their reach through improved digital marketing plans. During that time, she was also a contributing editor at TravelPulse.com, one of the nation’s leading B2B travel trade websites. She also served for seven years as the online editor for TravelAgeWest.com, during which she won numerous awards from industry associations, including the “Gold: Travel Journalism Website” award from the North American Travel Journalists Association (NATJA.)

“I am delighted to become part of an organization that, at its core, honors the traditions of storytelling,” said Poling. “Some of my fondest childhood memories are sitting around a campfire as Mi’kmaq storytellers shared tales of the warrior Glooskap, and I am thrilled to join a team dedicated to instilling that same sense of wonder and enchantment in travelers the world over.”

The American Indian Alaska Native Tourism Association (AIANTA) is a 501(c)(3) national nonprofit association of Native American tribes and tribal businesses that was incorporated in 2002 to advance Indian Country tourism. The association is made up of member tribes from six regions: Alaska, Eastern, Midwest, Pacific, Plains and the Southwest. AIANTA’s mission is to define, introduce, grow and sustain American Indian and Alaska Native tourism that honors traditions and values.