Experience Native America Along the Lewis and Clark Trail

In partnership with the National Park Service, AIANTA is working with tribes adjacent to the Lewis and Clark National Historic Trail to develop cultural heritage content and itineraries for the Trail’s new travel website LewisandClark.travel, as well as NativeAmerica.travel. The project will bring together businesses, attractions, landmarks and other points of interest on and around the trail to help promote sustainable tourism.

“We are excited to work with the National Park Service to help Tribes along the Lewis and Clark National Historic Trail share their stories,” said Sherry L. Rupert, Chief Executive Officer of AIANTA. “Native Americans are often left out of the historical narrative, so we are thrilled that NPS is looking to deliver a comprehensive inventory of tribal activities and cultural tourism experiences for visitors interested in traveling all or parts of the famed route.”

AIANTA is now reaching out to tribes and tribal businesses and offering FREE listings on both NativeAmerica.travel and LewisAndClark.travel. Don’t miss out on this exciting opportunity!

From AIANTA’s Lewis and Clark Blog 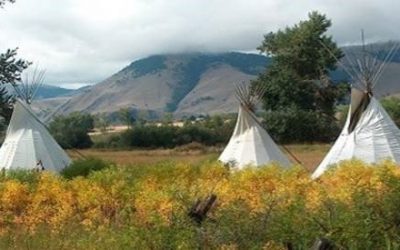 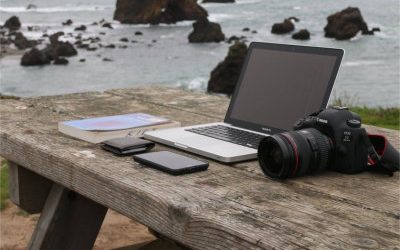 The American Indian Alaska Native Tourism Association (AIANTA) has introduced the first in a series of free tourism marketing workshops developed specifically for tribes located along the Lewis & Clark National Historic Trail. The first workshop will take place at the Wildhorse Casino and Resort in Pendleton, Oregon, on June 10, 2021 at 8 a.m. (PDT). 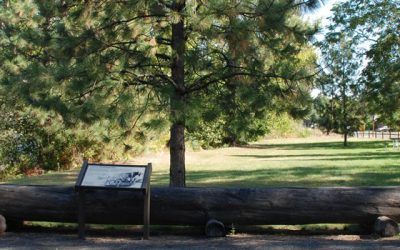 More than 200 years ago, Captain Merriweather Lewis and Second Lieutenant William Clark set out on a three-year journey to map the western portion of the United States and to expand trade with Indian tribes along the route. 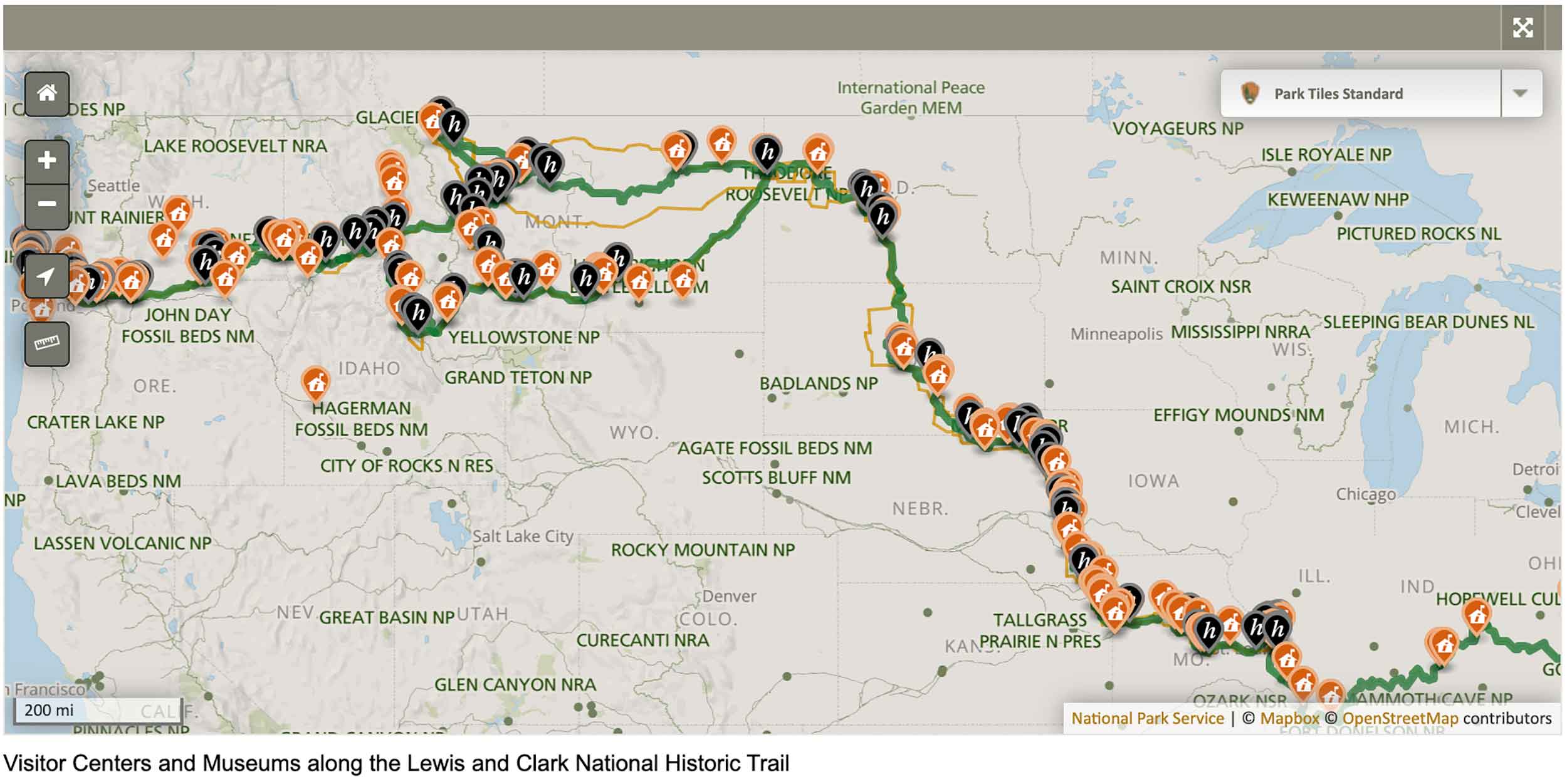 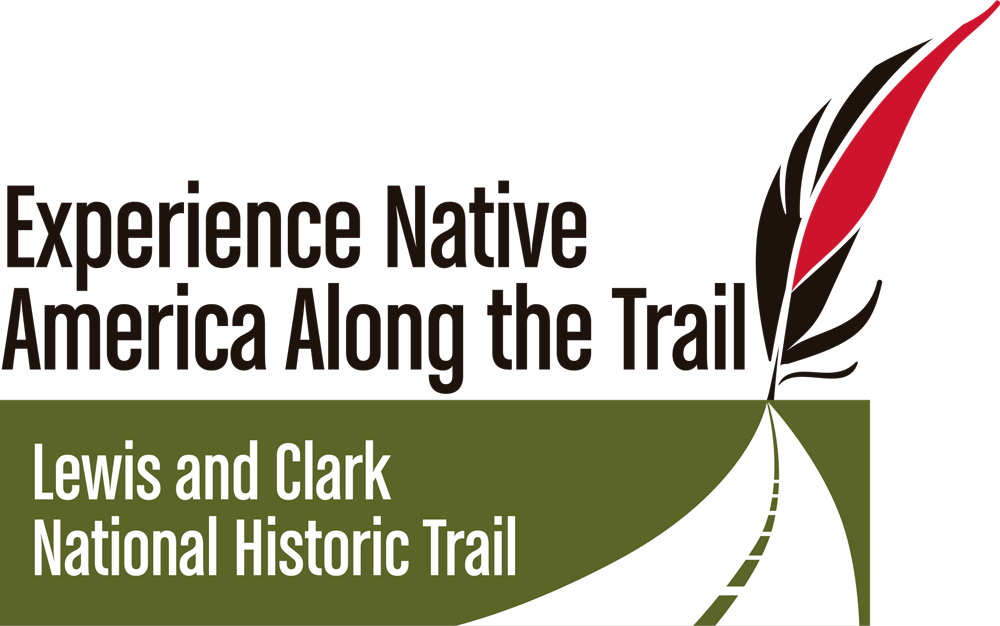 Tribal partners are invited to nominate destinations and experiences along the Lewis and Clark National Historic Trail to be featured on LewisAndClark.travel. Nominate a Destination or Experience >

View some of our tribal tourism partners by clicking on the images above or learn how you can claim your own listing at NativeAmerica.travel now. 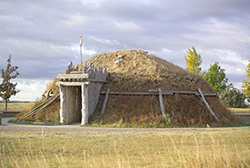 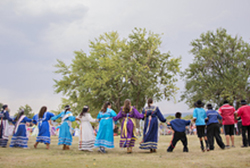 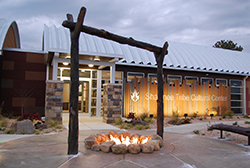 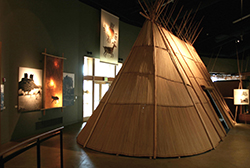 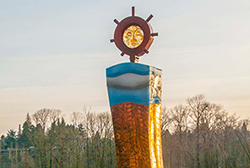 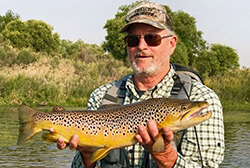 Native peoples have a complex relationship with the Lewis and Clark expedition. Most historical accounts come from the perspective of the Expedition, not from the tribes they encountered. More than a backdrop to the Expedition, these tribal narratives are an integral part of the story of the United States.

One reason the tribes were so helpful to Lewis and Clark was because of Sacagawea, and her infant son Baptiste, who accompanied them. Most accounts, however, do not even mention the two other Indian guides who were part of the expedition, George Drouillard (Shawnee) and Pierre Cruzatte (Omaha), who helped with interpretation and hunting for food to feed the Expedition.

The journals noted the Expedition passed through the territory of more than 100 tribes and bands. Some tribes have moved away from the Trail, but still have an interest in their historic territories and telling their stories. Today, the Lewis and Clark National Historic Trail crosses historic lands of more than three dozen sovereign nations.

Join Us In a Zoom Call

AIANTA wants to learn more about your tribe, destination or enterprise, etc. To set this up, contact any one of the AIANTA Lewis and Clark team members below. 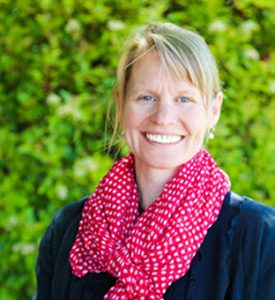 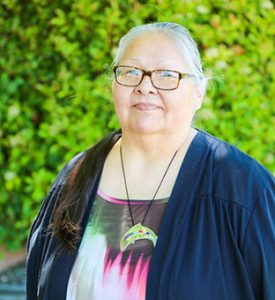 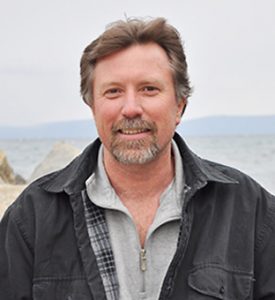 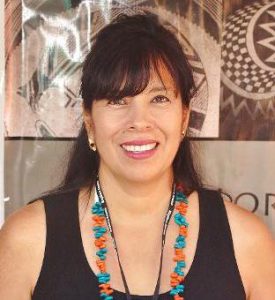 From 2003 to 2006, The Circle of Tribal Advisors worked together during the Lewis and Clark Bicentennial Commemoration in order to tell the American Indian story. The Lewis & Clark National Historic Trail partnership expands on the groundwork, contributions and learnings from the Circle of Tribal Advisors and offers new opportunities for tribes to share their stories to visitors from around the globe through cultural tourism. 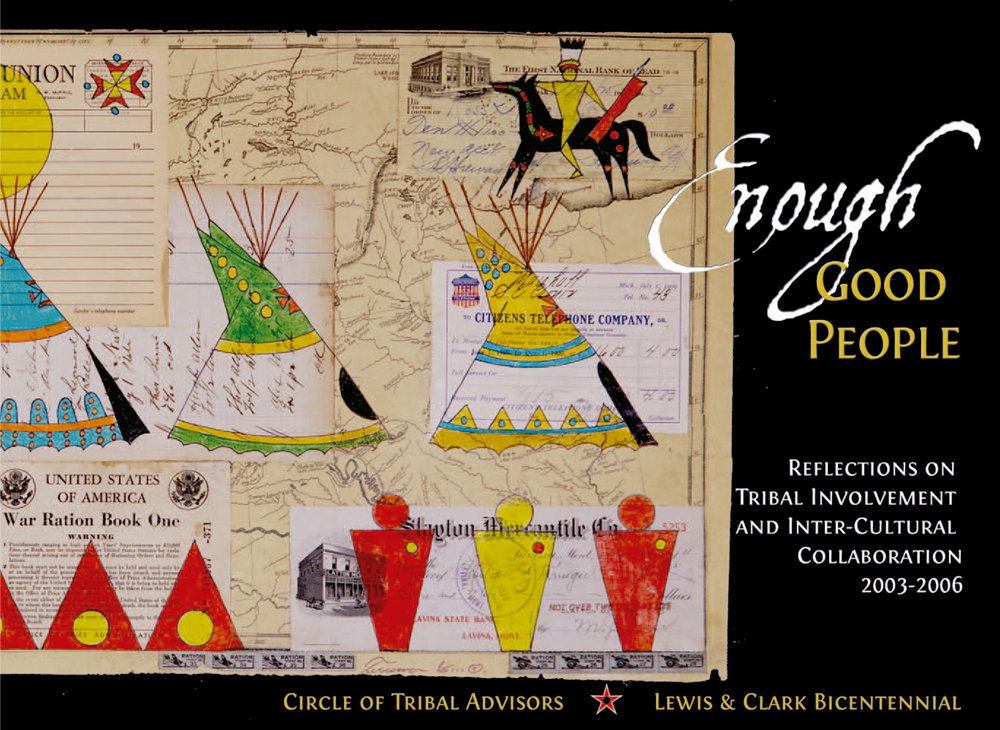 At AIANTA, we are always willing to help. Please visit “Use Storytelling to Promote Your Destination” for information on how to write a listing for NativeAmerica.travel and LewisAndClark.travel. You can also download a tip sheet at this page.

AIANTA has teamed up with industry and federal partners to provide a series of webinars on resource development opportunities and other tourism related topics. CLICK HERE

AIANTA is working hard to raise the profile of Indian Country tourism and in particular our AIANTA Members. Learn how you can take advantage of FREE opportunities that can help you target domestic and international media. CLICK HERE

Lewis & Clark Legacy Project
To learn more about the Circle of Elders and tribal participation in the Bicentennial, visit the Lewis & Clark Legacy Project. During the Bicentennial, a Tent of Many Voices was erected in sites along the Lewis and Clark National Historic Trail, and Native people shared their experiences and stories about life in that long region from St. Louis to the shore of Oregon. These accounts, from hundreds of “good people” of over forty tribes, were videotaped. They discussed life since time immemorial, the period of contact, life after the European-Americans had cut a swath through tribal lands, and perspectives on the future. Many of these videos are streaming on the NPGallery Digital Archive website.

Lewis and Clark National Historic Trail
The Lewis and Clark National Historic Trail is administered by the National Park Service. It is approximately 4,900 miles long, extending from Pittsburgh, Pennsylvania, to the mouth of the Columbia River, near present day Astoria, Oregon.  It follows the historic outbound and inbound routes of the Lewis and Clark Expedition as well as the preparatory section. The Trail connects 16 states (Pennsylvania, Ohio, West Virginia, Kentucky, Indiana, Illinois, Missouri, Kansas, Nebraska, Iowa, South Dakota, North Dakota, Montana, Idaho, Washington, and Oregon) and many tribal lands.

Journals of the Lewis and Clark Expedition, University of Nebraska Press
The Journals of the Lewis and Clark Expedition Online makes available the text of the celebrated Nebraska edition of the Lewis and Clark journals, edited by Gary E. Moulton. It is considered the most accurate and inclusive edition ever published, and is one of the major scholarly achievements of the late twentieth century. Honoring Tribal Legacies Honoring Tribal Legacies is a digital collection of teaching resources for use in classrooms everywhere.  On this website, you will find an array of Teachings at different grade bands that honor a diverse and inclusive approach to social studies, STEM, language, and other subjects.