Many Roads Lead to Tribal Tourism

When LeRoy Gishi, the Bureau of Indian Affairs (BIA) Chief of the Division of Transportation, Office of Indian Services talks about AIANTA, he speaks about transportation

What does transportation have to do with tourism? 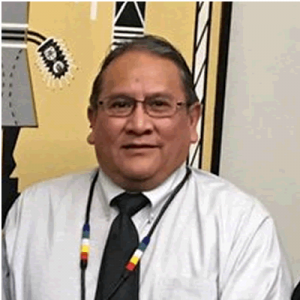 It turns out transportation was the beginning for AIANTA. The association was first funded under the Intermodal Surface Transportation Efficiency Act of 1991 (ISTEA), commonly known as “ice tea,” which provided funding for transportation enhancement activities that included scenic byways, preservation and tourism and other projects.

Historic road preservation was of interest to Tribes not only as a conservation effort but also to improve the roadways so that tourists could get to tribal communities.

“Infrastructure development and infrastructure, particularly on Tribal lands, are important for tourism because people can’t get out there if they can’t drive out to see, participate or be a part of Indian Country,” said Gishi, who has served as the principal authority on the BIA transportation programs since 1996.

Much the ISTEA funding that went to the BIA, which didn’t have a specific tourism department, went to a group to Indian tourism officials interested in pulling together resources, especially for creating a conference to help train Tribal entities and share information. That group created the first American Indian Tourism Conference in 1998. Since then, the group incorporated into the nonprofit, American Indian Alaska Native Tourism Association, or AIANTA.

“AIANTA has been very instrumental because they have performed that function (of supporting the tourism conference) and have had the ability to work with other organizations to continue to promote tourism on Tribal land,” said Gishi. “They have also provided technical assistance so that Tribes interested in tourism can get involved.”

Gishi said AIANTA has also been a valuable resource to the Bureau. “Not just the Bureau but other agencies within in the Interior,” he added.

Gishi is among the keynote speakers who will address “20 Years of Tourism in the USA” on the first day of the American Indian Tourism Conference in Albuquerque, New Mexico.

The conference, scheduled for September 17-20 at the Isleta Resort & Casino, will also feature a variety of other notable speakers such as Lenna Aoki, General Counsel for U.S. Senator Brian Schatz and LaDonna Harris, Founder and President of Americans for Indian Opportunity.