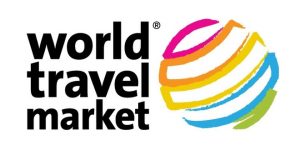 “AIANTA is excited to share authentic Native travel experiences with British travelers,” said AIANTA Executive Director Camille Ferguson. “In 2016, travelers from the United Kingdom were the top overseas market to Indian Country, so we are excited to introduce a new, Native-focused look at destinations that may already be familiar to people planning to travel to the United States.”

In attendance at WTM will be Camille Ferguson, Executive Director of AIANTA who is of the Kiksadi Clan and member of the Sitka Tribe of Alaska. Joining Ferguson will be Sandra Anderson, the NativeAmerica.Travel Website Development Coordinator and a citizen of the Navajo Nation.

AIANTA’s visit to WTM, November 5-7, 2018, coincides with the start of Native American Heritage Month, which runs throughout November and is being commemorated with powwows, film festivals and other cultural events throughout the United States.

In addition to presenting the month-long series of events, AIANTA will also highlight travel-planning tools for Native American experiences, including NativeAmerica.travel, the association’s consumer-focused website and the leading online resource for travelers planning trips to Native destinations. The website features a variety of Native destinations, experiences and itineraries throughout Indian Country.

AIANTA will be located in Booth NA100-3 and is still accepting a limited number of on-site appointments. To reserve a space, contact Monica Poling, mpoling@aianta.org.