The Business of Art

This seminar is designed to help tribes develop or expand their programs for artists and to provide professional development for artists.  Presenters will bring their considerable experience and expertise working in tribal communities, the arts industry and tourism to share in exciting and inspiring sessions. 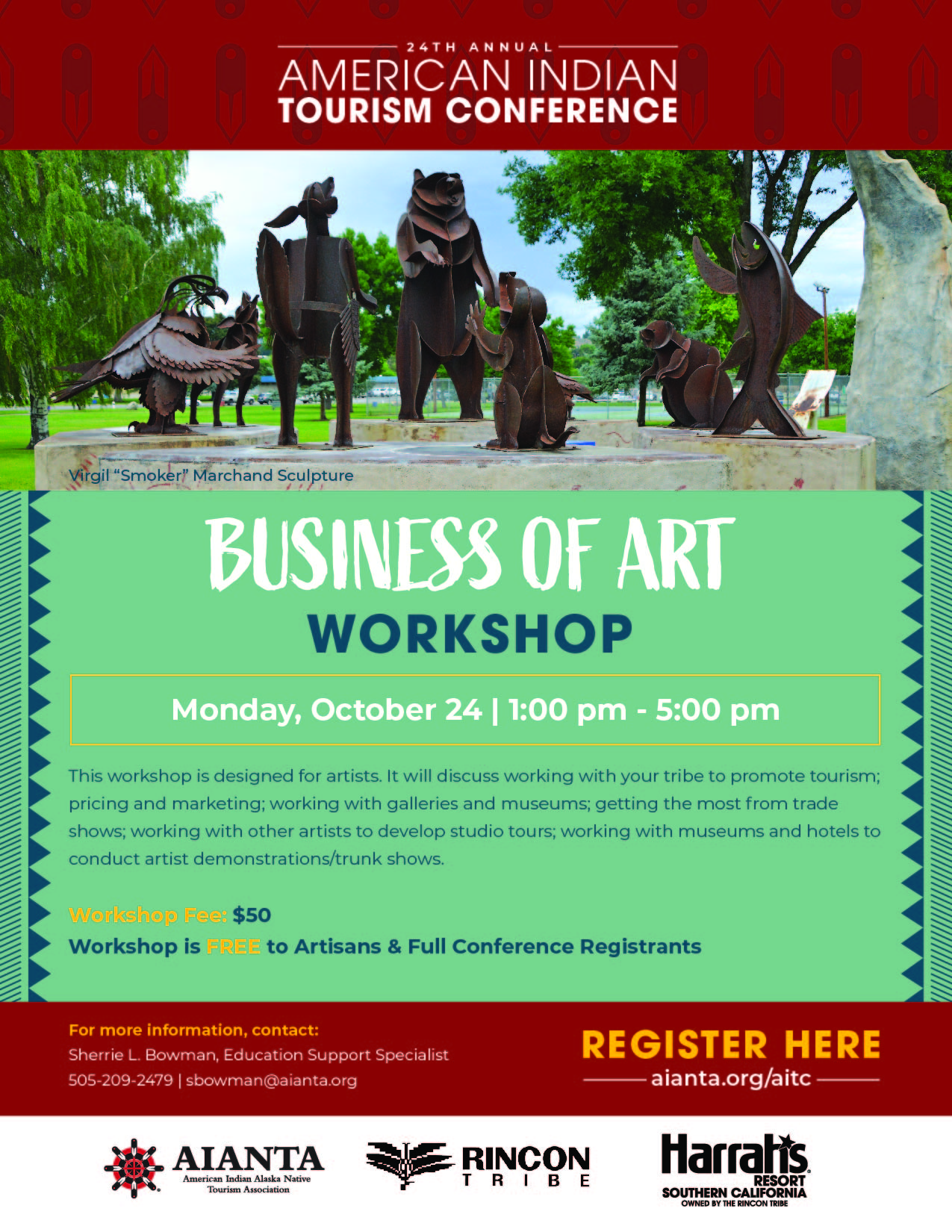 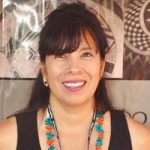 Lorraine is the Outreach/Research Specialist for AIANTA’s Lewis and Clark National Historic Trail project. She is a graduate of the Institute of American Indian Arts and the College of Santa Fe.

“Supporting Indigenous Arts and Culture is my livelihood. I’ve been working with clay since high school and have established a professional art career over the years.” An award-winning artist and a 2021 recipient of the First People’s Fund’s Jennifer Easton Award, Lorraine has worked extensively with local and national museums, collections, foundations, and art programs. She has volunteered for many art organizations and enjoys working with and mentoring the youth. Her professional experience includes economic development having worked for the U.S. Small Business Administration, tribal government, and native organizations. Higher education has been a vital part of her life. Having worked for the Santa Fe Indian School, she saw the value and impact of a strong foundation for the future of young native students. She currently serves on the Institute of American Indian Arts Foundation Board and is active with student Scholarship Fundraising efforts as well as higher education.

With almost 30 years of award-winning retail experience and a focus on marketing Native American arts, publications and gifts, Ms. Garton will share with artists her experiences working with museum shops and galleries. We will discuss ideas about how products are sought to fit the mission of the museum, and how to approach a gallery/museum shop. How can a rising artist establish a relationship with a gallery/museum?  What are store managers looking for? How does one price your work and make sense of wholesale, resale and markup practices.   Learn about contracts, terms of condition and payment.

Jin Jo Garton has been working in retail throughout her professional career and brings experience from work with niche gifts and her life experience working with her tribe to her specialization working with museum stores She has been in museum retail for over 20 years and a leader in the Museum Store Association serving the regional chapter as president twice. She loves everything about museums and museum stores, but her true passion lies in helping a customer find just the perfect gift or telling the story of why certain merchandise was chosen and how it relates to the collection or mission of the organization.  In the last year, Garton opened a new 3,500-square-foot museum store inside the First Americans Museum in Oklahoma City, the third museum store she has opened and branded.    In addition to her work in the field, Garton serves on the Norman, Oklahoma Arts Council and continues to be active as a member of the Museum Store Association.

After working with the Poeh Cultural  Center for a number of years, Jake has opened his own tour company, working with tribal and nontribal hotels to share the cultures of the Southwest. During his 8+ years at the Poeh Cultural Center, former Tourism Coordinator Jake Villarial established the center’s Tourism Department.  In this session, we will learn about the importance of representing your own cultural tourism as well as a simple guide to starting your own tribal tourism department on a shoestring budget.

​Jake Viarrial worked with the Poeh Cultural Center for 8 years in many capacities, starting as a Gift Shop Attendant in the Poeh Museum in 2013 and most recently worked as the Tourism Coordinator, where he was responsible for tourism related programming including guided tours, marketing and art markets.  He is now branching out with his own initiative, with plans to provide services to New Mexico visitors and create a niche market to showcase cultural tourism in Northern New Mexico as part of a unique visitor experience.

3 p.m.
Create your own Personal Brand

This session is designed to help artists and cultural workers plan their career path to attract a larger audience. Ruth-Ann operated seven successful galleries. She has an artist management company and develops art collections for major companies. She will share tips on how to develop your own brand as an artist, whether you are interested in participating in art markets and festivals, museums, or wholesaling to galleries and other retail outlets or sell virtually.

Ruth-Ann is a global art dealer with decades of experience in the fine art industry. She founded Exclusive Collections Galleries as a resource for private collectors, institutions and corporations, expanding to numerous. In 2000 she founded Crown Thorn Publishing, an artist management company to assist artists with sales and marketing, curation and exhibition planning. Her consulting company EC Art services curate’s art for hotels, casinos and other spaces requiring art with sensitivity to cultural relevance. A documentary filmmaker, she hosts “Art of the City” featuring Native Artists. She edits Off the Easel Magazine and is a contributing writer for Art World News. Ruth-Ann chairs the Rincon Economic development corporation, is a member of the Rincon Tribe’s art advisory board and is a member of The Associated of Women Art Dealers (AWAD).

The Basics of Marketing for Native Artists and Working with Publications

Isaac and Jeffrey provide support to the AZ American Indian Festival. They will talk about how to bring new events to your community, introduce the event, engage the community and develop an audience. Building relationships with the artists is important,  making them art festival ambassadors, developing educational opportunities and working them to plan their calendars, engage with customers and promote themselves as part of the event.

The First American Art Magazine is a quarterly art magazine covering living, historical and ancestral art of Indigenous peoples of the Americas. America earned her MFA from the San Francisco Art Institute. Shows of her paintings have been organized at the Bardo Fine Arts Center; Cherokee Heritage Center; Oklahoma State Capitol; Wheelwright Museum; and Southern Plains Indian Museum, among others. She has been included most recently in Stretching the Canvas: Eight Decades of Native Painting (National Museum of the American Indian, New York City); Laughter and Resilience: Humor in Native American Art (Wheelwright Museum); and Hearts of Our People: Native Women Artists (Minneapolis Institute of Art). Her work is held in the National Museum of the American Indian, Eiteljorg Museum, Cherokee Nation Historical Society, Heard Museum, Fred Jones Jr. Museum of Art, Tweed Museum of Art, Southern Plains Indian Museum and the National Collection of Contemporary Indian Arts (IAIA).